How to Apply for Medicaid Nursing Home or Nursing Care Benefits 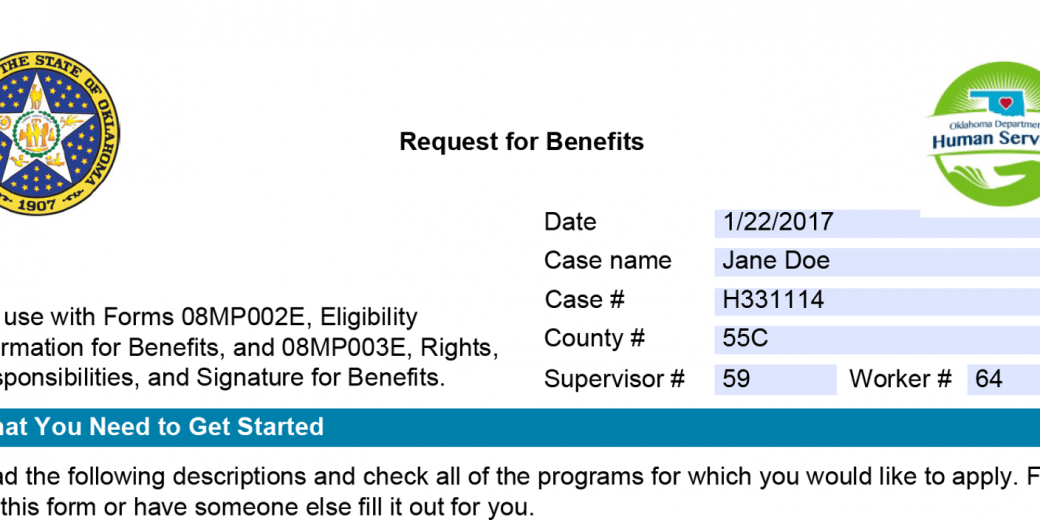 How to Apply for Medicaid Nursing Home Benefits

Nursing homes are expensive.  Medicaid (called SoonerCare in Oklahoma) covers the cost of Nursing Home expenses for those who qualify.  Unfortunately, many myths surround how to apply or become eligible.

Medical:  The person applying for Medicaid must need services provided either in home or in a skilled nursing facility.

Financial:  The rules surrounding Medicaid eligibility are very complex.  Medicaid is a federal program that states administer.  There are rules regarding assets, however there are many exceptions and exemptions from those rules.  In short, a person applying may have far more than $2,000 and still be eligible.  Married couples can protect large portions of their life’s savings.


The Medicaid application process can be simple but many people fail to become qualified if they do not provide the correct information.  The caseworker looks at the income and current assets.  Perhaps the most troublesome requirement is the production of 60 months of records, including cancelled checks, from all financial institutions.  These are required for any account even if it has closed during the 60 months.

Why does Medicaid Want 60 Months of Records?

The 60 months is called the “Look Back Period”.  Transactions are examined to see if property was given away for sold for less than its fair market value.  If such a transaction is found, the caseworker may impose a “Penalty Period”.

What is a Penalty Period?

The Penalty Period is amount of time the applicant must wait before Medicaid will begin paying for the care.

Example 1:  It may be possible to explain the transfer to the satisfaction of the caseworker.  However, it is likely that the transfers will be penalized.

Example 2:  In a recent case, a penalty period was imposed on church tithing.  The applicant appealed to a Fair Hearing and was able to show that the giving was a pattern that had not changed in decades.  The Appeal wiped away the penalty period.

Example 3:  Father deeds $400,000 farm to son and applies for Medicaid 4.5 years later.  This example demonstrates two points.  First, if the date of application was delayed 6 months, then the transfer of the farm would not be considered at all.  The second point is that there is no limit to the amount of the Penalty Period.

What is a Fair Hearing?

A Fair Hearing is a process where the decision of a caseworker can be challenged.  Denials of applications and imposition of Penalty Periods are good reasons that such an action may be considered.  A notice of disagreement is filed.  It is a good idea to prepare a brief stating the applicant’s side of the case.  In the brief, the factual or legal conclusions behind the casework’s denial or penalty period can be fully challenged.  At the hearing itself, the parties are allowed to present their sides.  The Administrative Hearing Officer takes the matter to a committee that then issues an order which may agree with, overturn or modify the caseworker’s decision.

How an Elder Law Attorney Can Help:

It is never too late to plan even in crisis.  Among the things Elder Law Lawyer can do includes:

While no attorney can guarantee results, applicants typically benefit from the services of an Elder Law attorney knowledgeable with the workings of Medicaid.